This landmark is near Meadow Farm Museum at Crump Park.

The farmhouse is a 1-1/2 story, clapboard structure on a 1810 English basement. The front porch is Greek Revival dating to the 1840s.

1809 – Mosby Sheppard begins construction of the existing farmhouse. The original construction consisted of only the eastern half of the house.
1820s – As the Sheppard family grows, the western half of the house is constructed.
1831 – Mosby Sheppard dies. His wife Mary G.C. Sheppard operates the farm until their son, John Mosby Sheppard returns from medical school at which time he takes over possession of the farm.
1858 – The farmhouse continues to grow as the back portion of the house is added.
1877 – John Mosby Sheppard dies. His wife, Virginia Ann remains at the farm until her death in 1889. Their son, Mickleborough Young Sheppard then takes possession of the farm.
1913 – Sheppard Crump, nephew of Mickleborough Sheppard purchases the farm. Crump would later become Adjutant General of the Virginia National Guard and live at Meadow Farm with his wife, Elizabeth Adam Crump until his death in 1960.
1974 – Meadow Farm is added to the Virginia Landmark Register as well as the National Register of Historic Places.
1975 – Elizabeth Adam Crump donates the Meadow Farm farmhouse and property to the County of Henrico in memory of her late husband.
1981 – Meadow Farm is opened to the public. 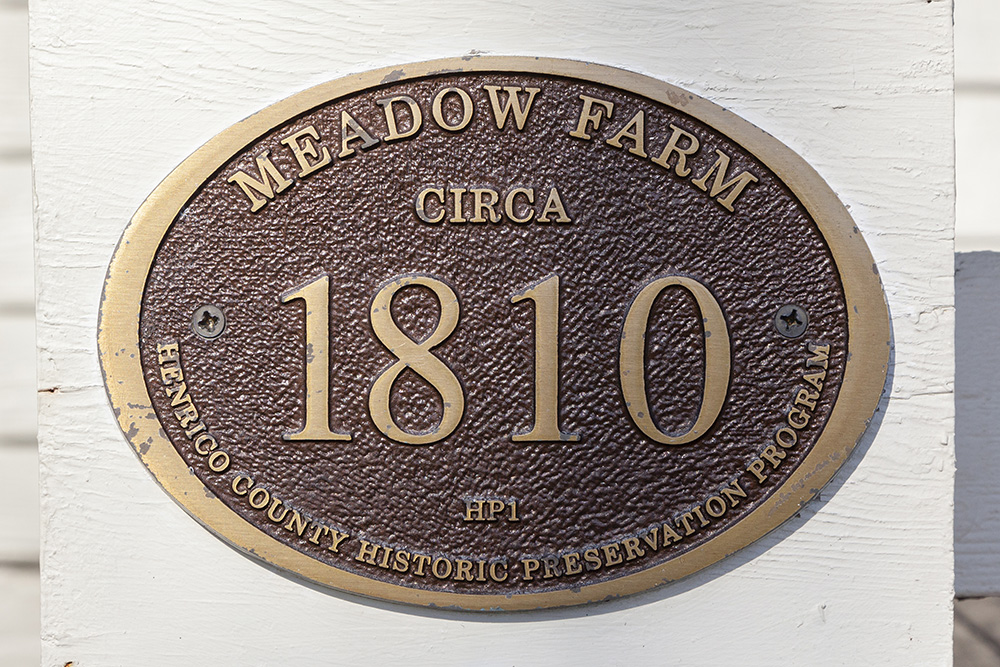