This landmark is near Pouncey Tract Park.

The two-room, African American school was constructed on land purchased by the Tuckahoe school board district in 1919. The children who attended Springfield went on to Virginia Randolph High, the only African American high school in Henrico during segregation. Among those who attended were prominent educators and local historians Warner Jones and William D. Cosby. Both were recipients of the HPAC Award of Merit.

1908 – The first school record is from Virginia Randolph’s Annual Jeanes Report. The original schoolhouse was a one-room structure also referred to as Nat Record school.
1908-10 – Bessie Langhorne was the earliest recorded teacher. The school was under the supervision of prominent African American educator Virginia E. Randolph until her retirement in 1949.
1913 – School Term reports show an enrollment of 51 students when Roy Bright was teacher.
1952 – Springfield School was no longer in use.
2011 – Henrico County moved the structure to Pouncey Tract Park and erected a historic marker. 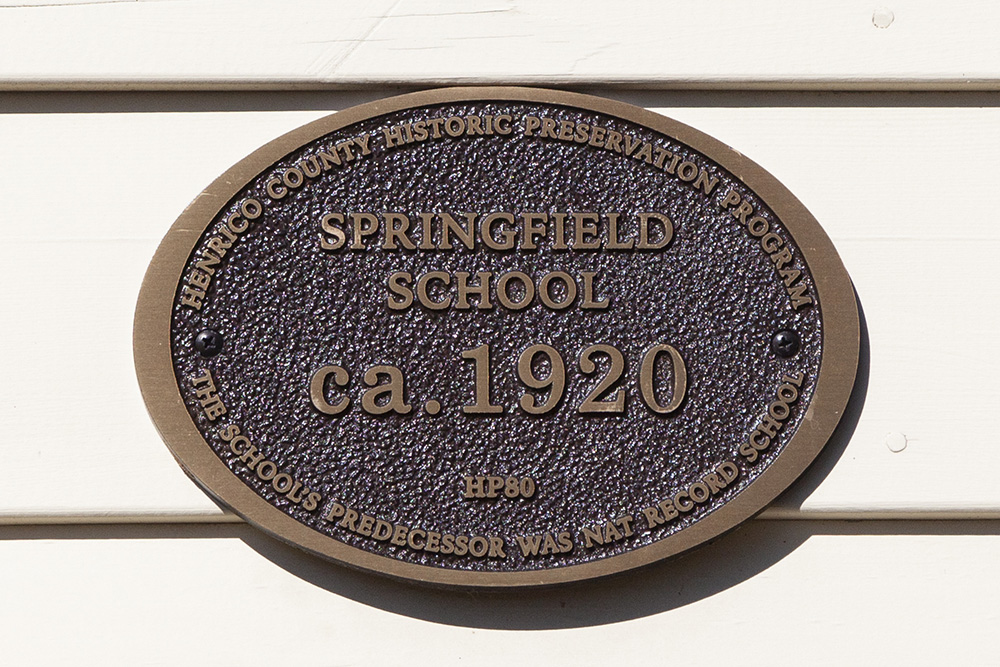