This landmark is near Elko Community Center & Recreation Area.

Elko is a 1920s clapboard structure built to serve as a meeting place for the Windsor Club of Elko.

1916 – A group of Danish Americans established the Windsor Community Farm at Elko in Eastern Henrico County. Frank Hurop signed a trust for 1,300 acres of land at Elko with hopes of recruiting other Scandinavian immigrants to join him and his wife Anna.
1917 – Families began to arrive at Elko which became incorporated as the Windsor Community Farm.
1921 – The Danes established a social club calling it the Windsor Club of Elko.
1924 – The members built the Elko Community House as a neighborhood meeting hall. The hall provided entertainment including traveling musical acts like Sunshine Sue and the Carter sisters.
1943 – During World War II, the club members hosted servicemen of the 1896 battalion stationed at Byrd Airfield for Sunday dinners and dances.
2011 – Henrico County purchased the property from the descendants of the original Elko community. The Windsor Club of Elko still meets at the recently restored structure. 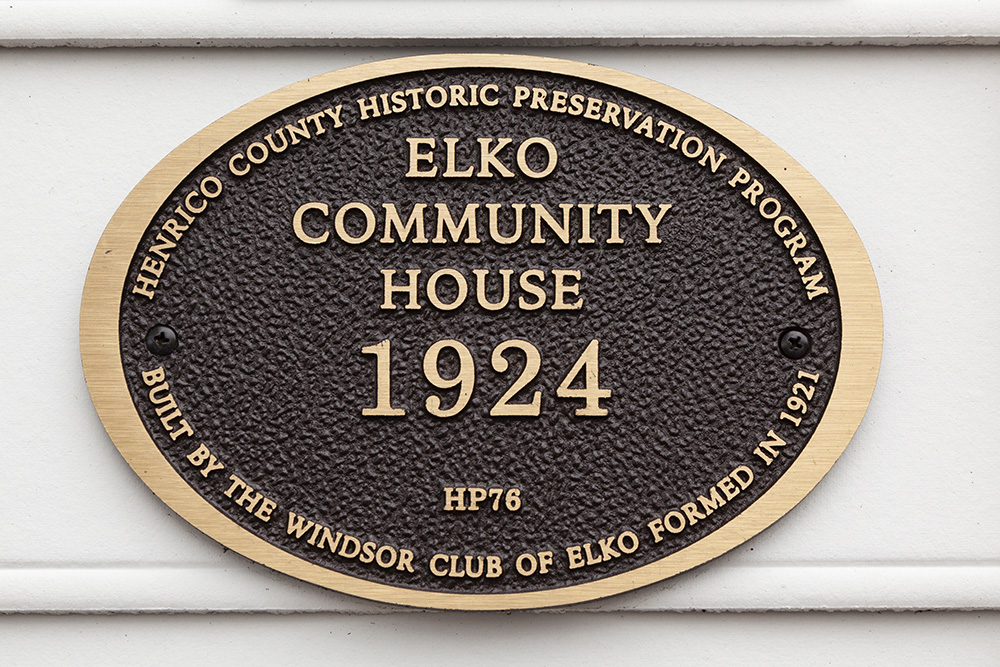