Forest Lodge was a luxurious hotel which had 150 rooms and stood six stories high on 1,000 acres of land. It took six years to build and was completed in the early 1880s. The Victorian structure featured elaborate woodworking and hand-painted murals of landscapes and portraiture throughout the interior. There was a grand dining room, a music room, and an amateur theatre for entertainment.

The park surrounding the lodge included trails, three lakes for canoeing and fishing, and wild game roaming freely. John Cussons, who constructed the lodge, hoped to entice travelers who were en route from Florida to New York to stop at this halfway point.

Interior not open to the public.

1838 – John Cussons is born in Lincolnshire England.
1855 – Cussons moved to America and lives with the Sioux Indians for four years.
1861 – He enlists in the Confederate Army, serves as a scout and is twice captured by the Union forces.
1864 – Cussons marries Susan Sheppard Allen, sister of John Mosby Sheppard of Meadow Farm and widow of Benjamin Allen. After the war, he opens a successful printing business.
1881 – Cussons patented the flip-pad desk calendar.
1880s – Cussons completes the construction of Forest Lodge Hotel on Mountain Road.
1992 – What remains of the grand hotel is demolished.
1997 – The last remaining architectural elements for Forest Lodge are constructed at the intersection of Mountain Road and Old Washington Highway. 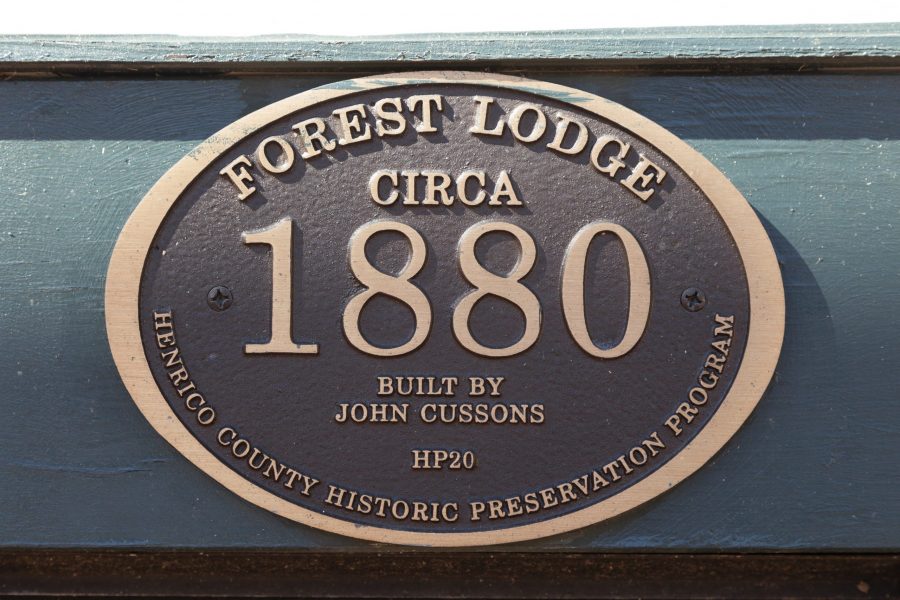