Henrico County has helped shape the success of the American Experiment. In 1611, Henrico became the site of England’s second successful settlement in the New World. Named for Henry, Prince of Wales, the oldest son of King James I of England, Henrico’s boundaries included an area from which ten Virginia counties — including Chesterfield County — and three cities — including the City of Richmond – were later formed. In 1634, Henrico became one of the eight original shires, or counties, of the Virginia colony; its boundaries extended on both sides of the James River westward to the Blue Ridge Mountains.

Since that time, Henrico has continued to play a part in America’s story — hosting men who inspired the American Revolution and Declaration of Independence in the 1700s, those who sacrificed their lives during our country’s Civil War in the 1800s, and those who championed Civil Rights movements of the 1900s. Henrico’s history is a fascinating testament to the American Spirit.

In 2009, the Board of Supervisors established the 2011 Commemoration Advisory Commission to create, promote, and oversee a year-long celebration of Henrico’s history. The commission, chaired by Board of Supervisors member Patricia S. O’Bannon, worked diligently throughout the planning process, and, as a result, Dabbs House Visitors’ Center, Henrico County’s first State-certified tourist center, opened in September 2010. The “Amazing” Harvest festival held in October 2010 was the commemoration kick-off event, and fifty welcome signs noting Henrico’s 400 years were installed throughout roadways within county limits. 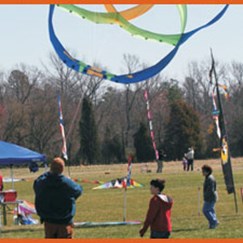 In January 2011, Henrico County began the year-long celebration of its 400th anniversary. Because of the careful research and planning of the 2011 Commemoration Advisory Commission and gracious assistance from Henrico County Public Schools, partner organizations, and local volunteers, the 400th anniversary events were educational, enriching, and fun for residents of all ages. Several events broke attendance records.

The 2011 Commemoration Advisory Commission and its partners also worked diligently to ensure that our county’s history was readily available to the public and was properly documented for future generations. In addition to hosting speakers’ bureaus about Henrico’s history and distributing educational materials, the following documents were created: 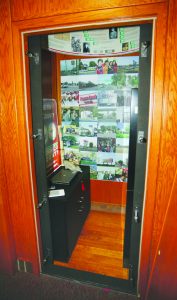 The year-long 400th anniversary celebration of Henrico culminated in the dedication of The 2011 Room on December 20, 2011. This small room, located just inside the main lobby of the Western Government Center at 4301 E. Parham Road, was filled with various pictures, equipment, and other trinkets from the year 2011. The back of the door was signed by those present at the dedication, and the door to the time capsule was then officially sealed. The 2011 Room is scheduled to be opened in the year 2061.

To learn more about Henrico’s rich history and the 400th anniversary, view Henrico’s Legacy: Commemorating 400 Years, produced by our Department of Public Relations and Media Services.