On September 29, 1864, this ground was the scene of combat as Union Gen. Benjamin F. Butler directed a two-pronged attack on Confederate defenses here. Part of his force crossed the James River at Deep Bottom, about two miles southeast, and marched toward you. One wing attacked Fort Harrison, three miles to your right front, while the other assaulted the Confederate earthworks across the road in front of you. To slow the attack, the defenders placed abatis—felled trees with intertwined branches pointing south—between the earthworks and swampy Four Mile Creek about three-quarters of a mile away.

Col. Samuel A. Duncan’s brigade of U.S. Colored Troops (USCTs), the 4th and 6th USCT, got tangled in the abatis in the initial assault and was bloodily repulsed. Gen. Charles J. Paine then led his other USCT brigades toward you. Hardened Confederate veterans defended the line on New Market Road, including Gen. John Gregg’s Texas brigade, the 1st Rockbridge Artillery, and part of Gen. Martin Gary’s dismounted cavalry. Additional attacks, combined with the news that Fort Harrison had fallen, compelled the Confederates here to retreat with the USCTs in pursuit.

Of 20 Medals of Honor awarded to black soldiers and sailors for Civil War service, 14 were given for bravery at New Market Heights. The battle proved that USCTs could fight and win largely on their own. Their courage inspired the African Americans who followed them. By war’s end, they comprised 10 percent of the entire army. 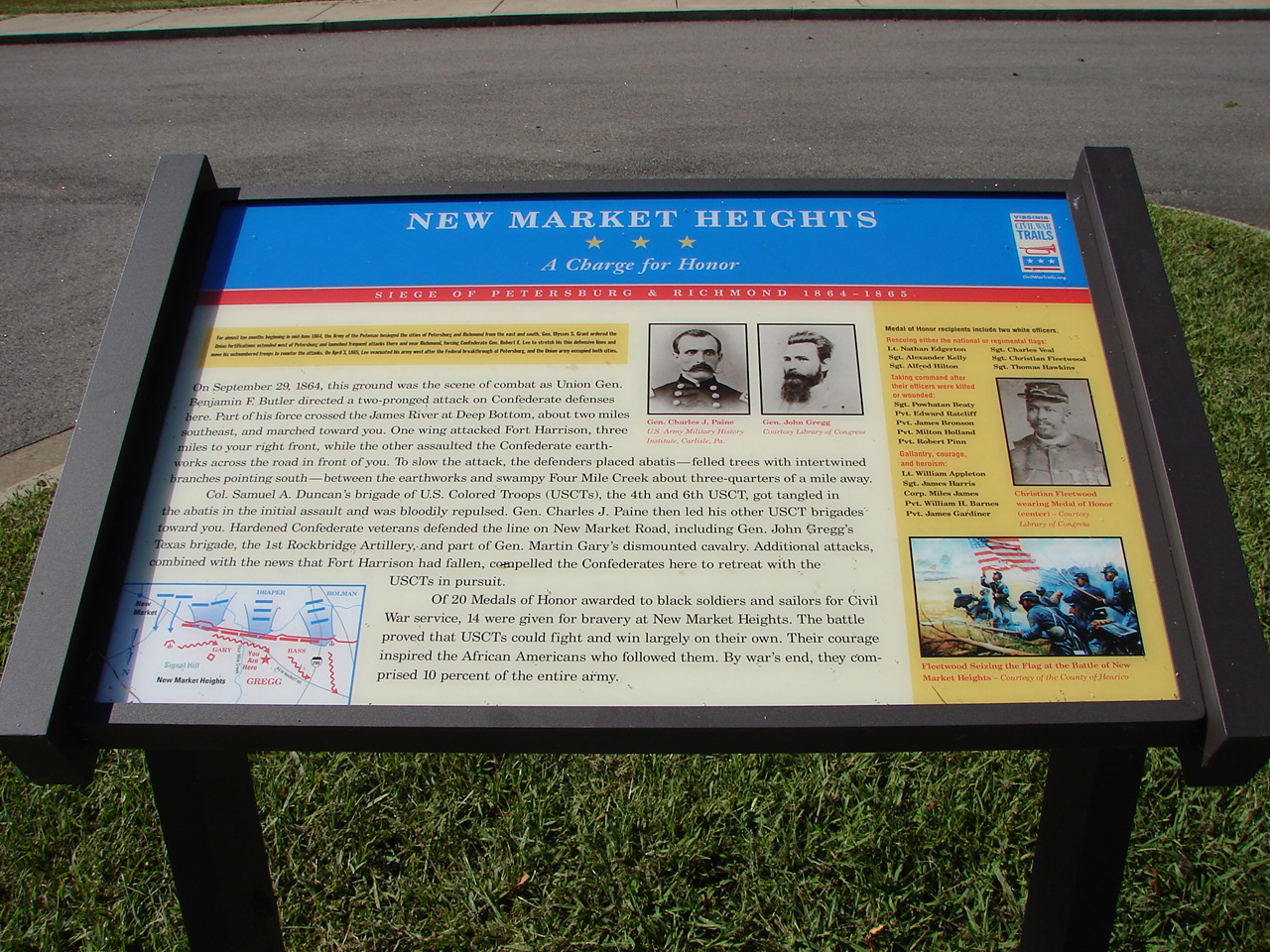