Troops (USCT), who had fought earlier in the morning’s victory at New Market Heights, soon joined the attack on the fort. The Confederates repulsed the assault and abruptly ended the Federal strike at Richmond. 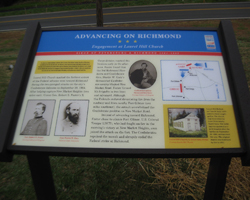