Not all heroes wear capes.

An off-duty Henrico Police Officer is credited with saving a man’s life just days before Thanksgiving.

Although if you ask Officer Jonathan Turner, he’ll tell you what he did wasn’t heroic at all.

“I’m just doing what any other officer or firefighter would have done in the exact same situation,” he said.

On the Tuesday before Thanksgiving, the off-duty School Resource Officer, his wife and 3-year-old son went to the Cook Out restaurant in Short Pump for dinner.

But as they drove into the parking lot, Turner’s wife spotted an unconscious, elderly man on the ground.

“I knelt down beside him and found that he had no pulse and was not breathing,” Turner explained. “So I decided to start administering CPR.”

He continued that life saving aid for several minutes until rescue crews made it to the scene.

“There really wasn’t any time to think about what was going on,” added Turner. “You just jump in feet first and revert to your training.”

When paramedics put 79-year-old John Luck Jr. into the ambulance, he had a pulse. The Henrico man had suffered a heart attack.

Luck’s daughter wanted to thank the Good Samaritan who saved her father, so she posted on social media in the hopes someone could put her in touch with Turner.

“We are so grateful for him and his selfless act of kindness,” said Lisa Gravitt. “May God bless him and his family as he continues to serve our community!”

Turner talked with the family and they plan to reunite soon. The 4-year police officer would like to meet up with them at Cook Out so Luck can finally get the meal he ordered before he collapsed.

Added Turner, “It makes me feel like I was able to make a difference in someone’s life, especially for the Thanksgiving holiday, being able to give somebody a good fond memory of Thanksgiving instead of a somber one.” 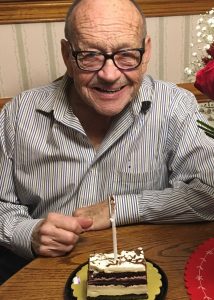 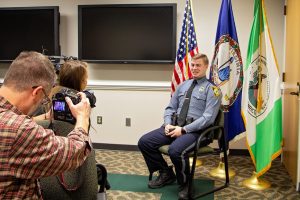 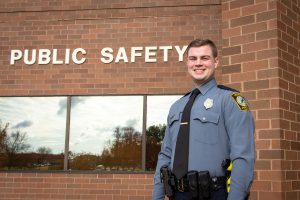