In 1611, Sir Thomas Dale founded the Citie of Henricus, the second settlement in the Colony of Virginia which later became Henrico County. Henrico, named for Henry Frederick, Prince of Wales and son of King James I, became one of the original eight shires of Virginia in 1634. The county originally included land on both sides of the James River from Charles City County west to the Blue Ridge Mountains. It was later divided into ten counties and three independent cities. 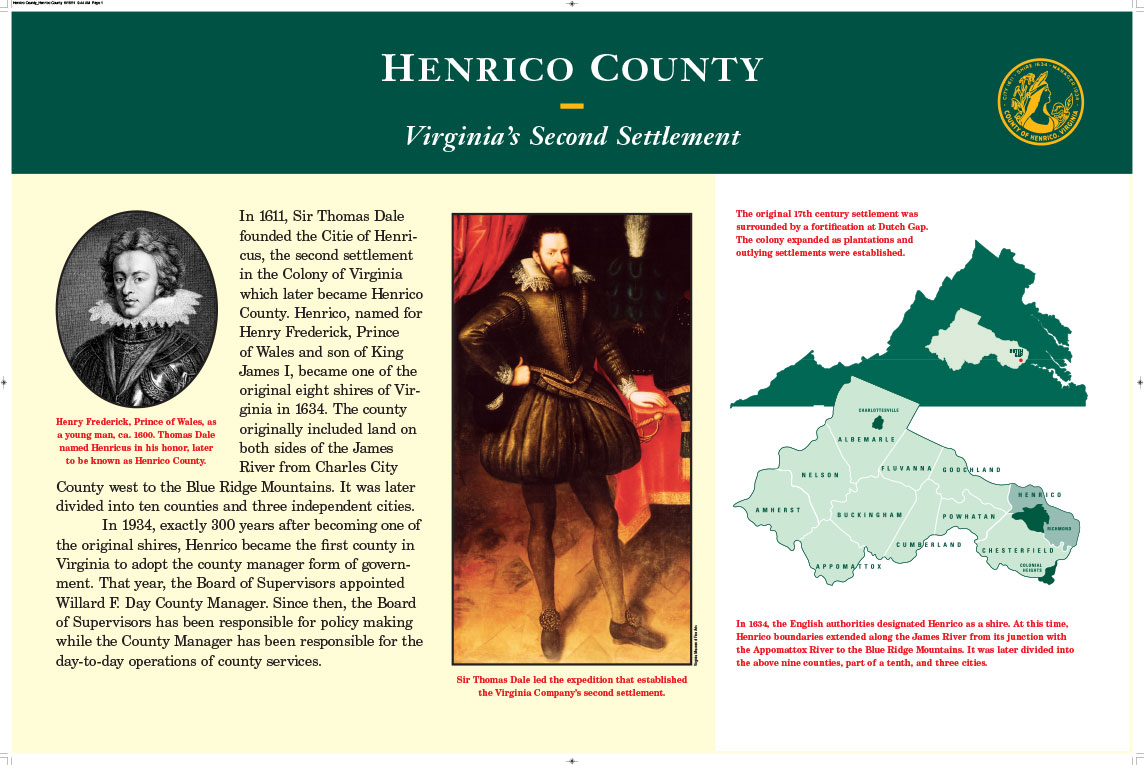