The earliest record of the property shows that Samuel Williamson owned the 400 acre tract in 1796. His son, Dabney, who inherited the property, owned a slave by the name of Lewis who participated in Gabriel’s Rebellion.

Lewis attempted to persuade comrades to free those arrested shortly after the rebellion unraveled. He was tried and deported. 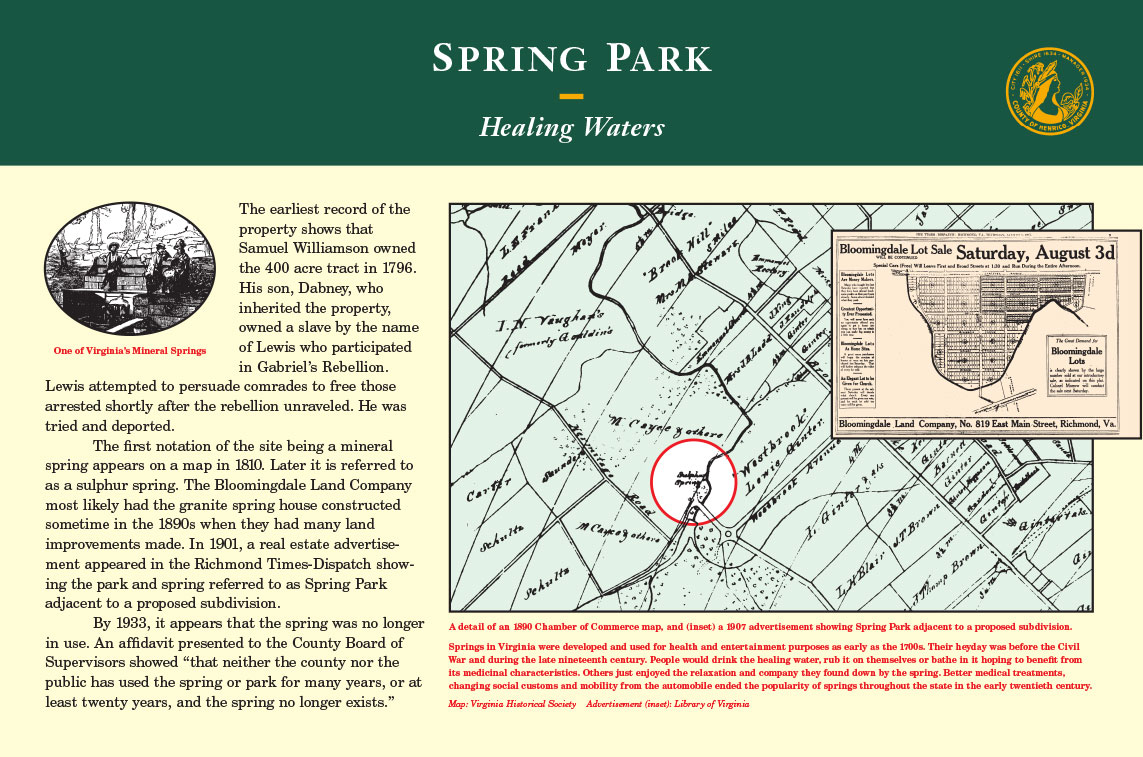