From the earliest nomadic bands who would seasonally visit to take advantage of the rich natural resources, to the small villages that settled in the area that would become the herat of the Powhatan Chiefdom, the land that would become Wilton was an integral part of early indigenous life.

At any given point in Wilton’s pre-emancipation history, the number of enslaved Africans and people of African descent far outnumbered their white owners. Industries including tobacco, wheat, and later sand mining required a large labor force to make the land profitable. While existing documents reduce the lives of these hundreds of individuals to names, occupations, and valuations, it was the enslaved men, women, and children of Wilton who had the greatest impact on this land. In nearly 100 years of Randolph family ownership, the only recorded emancipation of an enslaved man was in 1784. His name was Warwick.

While property rights and wealth were legally passed through male heirs, it was the Randolph family women who were responsible for the day to day operations of Wilton. 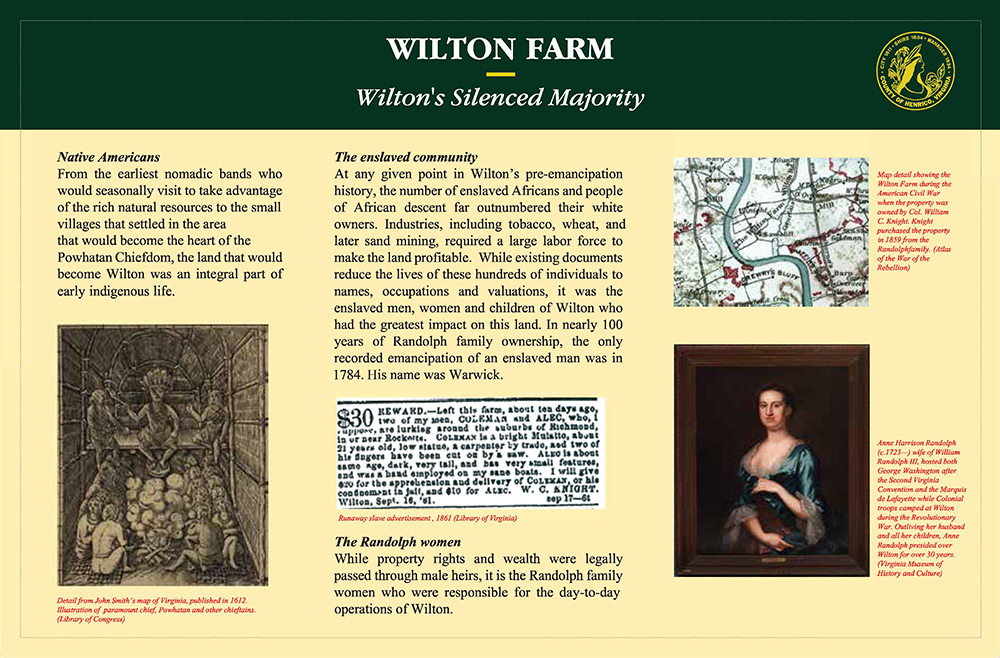