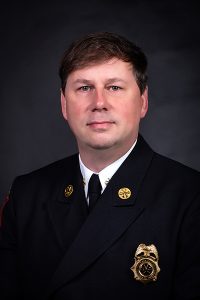 Jim Courtney is a 33-year veteran of the fire service and started his career with Henrico in February of 1999. Jim has served in numerous capacities over the years for the Division of Fire. He started his career at Fire Station 13 and has served in both firefighter and supervisory capacities at Fire Stations 5, 6, 8, 13, 21, and 22. He has also had assignments in the Fire Marshals Office as an Investigator and Inspector and in the Professional Development section as a Training Coordinator before being assigned as the Central Virginia Regional Hazardous Materials Team Leader. He also served in the Support Services section overseeing Logistics, Fleet, Facilities, and numerous Capital Improvement projects as well as broad contract management and purchasing for the Division of Fire.

As an Assistant Chief, Jim returned to Professional Development as the section head overseeing Recruit / Incumbent Training, Safety, Quality Assurance, and Professional Standards. Just recently, he has served in the role of Executive Officer to the Deputy Chief of Operations prior to being promoted to Deputy Chief. He is a graduate of Old Dominion University and the University of Maryland. Jim is humbled by the opportunity to serve the Division of Fire and its personnel in this capacity. 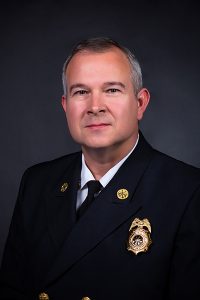 Jeff Farmer has been a member of the Henrico County Division of Fire since 1998. He served at Firehouse 11 as a firefighter, at Firehouse 12 as a lieutenant, and as station captain and hazmat team leader at Firehouse 21. Chief Farmer also served as the Division’s Accreditation and Planning Captain where he completed training to be qualified as an accreditation peer assessor. As a chief officer, Jeff served as a battalion chief in the eastern and northern battalions, as the Battalion Chief of Planning and Accreditation, and, most recently, as an assistant chief on A-shift. 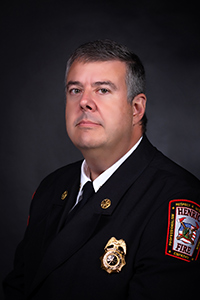 Tom LaBelle’s experience includes more than 30 years of fire service experience including 15 years at the command staff level. Prior to joining Henrico Division of Fire, he served as a Division Chief for Albemarle County Fire Rescue from 2013 till October of 2018. He spent 19 years with the New York State Association of Fire Chiefs, first serving as the Director of Government Affairs and later as the Executive Director. In this role, he led an organization with more than 11,000 members with programs ranging from code development, fiscal management, fire service training, state legislation, and fire service communications. He also spent 20 years with the North Greenbush Fire District where he rose through the ranks from Firefighter to Assistant Chief.

Chief LaBelle is certified as an Instructor II, Fire Officer III, Fire Investigator, Hazmat Technician. He has extensive experience in emergency management and EOC operations. He has actively served on several committees within the International Association of Fire Chiefs, the Delmar Publishing Advisory Board, and served on the NFPA 1720 Technical Committee. He holds a bachelor’s degree in Political Science from Hartwick College and recently completed the third year of the Executive Fire Officer Program at the National Fire Academy. 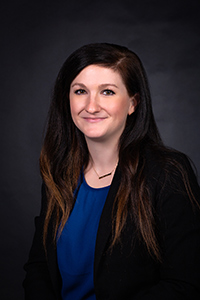 Catherine Latimer has been with Henrico County since 2010 when she began her career in the Finance Department after working as an intern while pursuing her graduate degree. Prior to joining the Division of Fire in January of 2020, she served as the Controller of Recreation and Parks and as a Budget Analyst in Finance. Catherine holds a bachelor’s degree in Political Science from Christopher Newport University and a Master of Public Administration degree from Virginia Commonwealth University.