McDowell, who currently serves as fire chief of Henrico’s Division of Fire, will succeed Col. Douglas A. Middleton in the position. Middleton is retiring after more than 46 years with the county, including nearly three years as deputy county manager and more than 40 years with the Henrico Police Division.

As deputy county manager for Public Safety, McDowell will coordinate the tasks of the Police and Fire divisions and assist the divisions’ chiefs with special projects. Combined, the two divisions have nearly 1,450 employees and fiscal 2019 budgets of $137.6 million. He also will represent Henrico on a range of task forces related to local, state, national and international public safety.

McDowell joined Henrico Fire in 1997 as a firefighter and rose through the division’s ranks, becoming fire chief in October 2012. He received a bachelor’s degree in geography from Virginia Tech and earned a master’s degree in public administration from the University of North Texas. He currently serves as president of the Virginia Fire Chiefs Association. 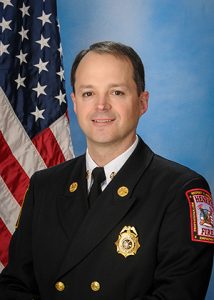