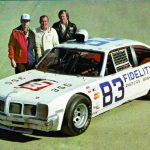 You are invited to attend a special celebration of the greatest moments in Richmond’s historic oval track racing. Enjoy a nostalgic presentation of the area’s best known “circle” tracks and most memorable events led by a panel of racing experts including drivers, pit crew members and owners. Don’t miss this rare opportunity to hear stories […] [...]Continue reading Sunday Afternoon with the Classics: Racing In Richmond 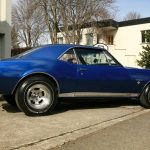 There’s something about the classic American muscle car that just can’t be beat – once you fire up that engine, you know why! Muscle cars were exciting, big, loud and ultra-powerful rubber burning machines. The 1960’s and 70’s saw American automakers become progressively more competitive in brute power and aggressive styling as they worked to […] [...]Continue reading 0 to 60 mph! The American Muscle Car 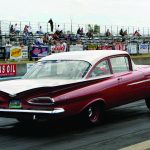 What is a “Day 2” Modified Car? Americans have a love affair with their cars – so much so that they become an extension of our personality! This “back in the day” 1960’s trend embraces the philosophy that to improve performance and get the look of the vehicle just right – purchase the perfect car […] [...]Continue reading The “Day 2” Modified Car 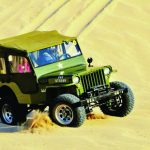 Happy Birthday Jeep! America’s Mighty Midget In 2016 the Jeep celebrates 75 years of 4×4 leadership, military history, and open-air freedom and adventure. Jeep vehicles have defined the authentic SUV and set the benchmark for off-road capability and freedom since they were first produced in 1941. True icons, Jeep vehicles have had a monumental effect […] [...]Continue reading Happy Birthday Jeep! America’s Mighty Midget 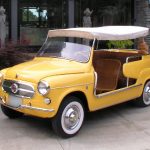 Sunday Afternoon with the Classics – Cars You Never Knew Existed… From prototypes to production, few things inspire the imagination more than innovative car design. Our love  affair with cars dates back to the early 20th century when they first became  widely available to consumers and these are car you’ve  heard of or dreamt of, […] [...]Continue reading Cars You Never Knew Existed 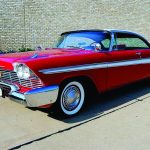 All ages. Let’s go retro and return again to the 1960’s and a groovy afternoon of tie-dye, flower power and Volkswagen Bugs and Buses! Enjoy 60’s family fun, music and games including hula hoops and twister as we get swarmed by Beetles for a bug-only cruise-in and show! Have fun reminiscing about your VW roots, […] [...]Continue reading BUGSTOCK 2: Déjà vu!
May 15, 2016

Named after a small, highly maneuverable naval escort ship, the Corvette was introduced in 1953 as the first large-scale, mass-produced car with an all-fiberglass body. Unique in automotive history, no other car has come close to the romantic reputation of Chevrolet’s powerful two-seat sports car, It has become one of the most loved legends of […] [...]Continue reading Sunday Afternoon with the Classics: An American Legend-The Chevrolet Corvette
April 17, 2016

Like a Tsunami, 1971 began a wave of Japanese sports cars that would cut deep into the U.S. auto industry. Sporty, functional, and fast, the Datsun/Nissan Z Car fueled the American desire to have it all at a bargain price – style, speed, and technology! The British automobile’s hold on the American psyche and pocketbook […] [...]Continue reading Sunday Afternoon with the Classics: A Japanese Tsunami – The Datsun/Nissan Z Sports Car
November 15, 2015

An ‘orphan’ is a vehicle that has outlived its parent manufacturing company and over 2,000 notable cars classified as ‘orphans’ have flashed onto the American automotive scene, only to eclipse and fade into memory. Join George Duke and Budd Lacy from Richmond Region AACA for a presentation and see examples of orphans including Nash, Packard, […] [...]Continue reading Sunday Afternoon with the Classics – The World of Automotive Orphans