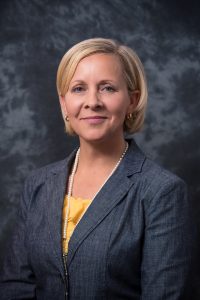 Weedman joined HCPL in 2009 as public services coordinator and was named assistant director in 2016. She will succeed Gerald M. McKenna, who is retiring from the position after leading the county’s library system since 1995.

As director, Weedman will oversee an agency with a staff of 206 employees and a budget of $18.8 million in fiscal 2017-18. HCPL offers a range of informational services and programs through five area libraries, four branch libraries and a mobile library service. Henrico’s libraries were visited by more than 2.1 million patrons and circulated more than 4.2 million materials during fiscal 2016-17.

Before coming to Henrico, Weedman worked as the head of branches for Nashville Public Library in Nashville, Tenn. She received a bachelor’s degree from Brigham Young University and earned a Master of Library Science from the University of Maryland.