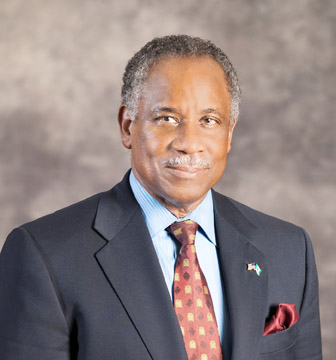 Thornton is serving as board chairman for the fifth time. He most recently held the position in 2015. He succeeds Tuckahoe District Supervisor Patricia S. O’Bannon as chairman after serving as vice chairman in 2017. He first was elected to represent Fairfield in 1995 and currently is serving his sixth term on the county’s board.

In brief remarks, Thornton thanked his colleagues for their support and challenged the board to build on the county’s successes and improve service to residents using an approach that he termed “possibility governance.”

“Possibility governance seeks to give priority to the citizens and locality needs,” he said. “It also means that fiscal responsibility and visionary planning are critical. We must listen more critically and seek greater input from our citizens. Possibility governance seeks solutions to and attempts to eradicate and eliminate the dragons of economic, educational and social disparities which exist in our communities on the local level. We can do it. This is my optimism.”

Thornton holds appointed positions with national, statewide and regional governmental organizations, including the National Association of Counties, Virginia Association of Counties and Virginia Transit Association board of directors. He also serves on the Capital Region Airport Commission, Richmond Regional Planning District Commission, Richmond Regional Transportation Planning Organization Policy Board and the Maymont Foundation board of directors. In addition, Thornton is very proud of the Police Athletic League program, which he was influential in bringing to the county.

A Richmond native, Thornton is a co-founder and past president of the Henrico County Civic League. He earned a bachelor’s degree from Virginia Union University and a master’s degree from American University. He worked for more than 40 years at Virginia Union, where he was an assistant professor of French and a recipient of the university’s Teacher of the Year award. Thornton also received the John Jasper Trailblazer Award from Sixth Mount Zion Baptist Church in Richmond. 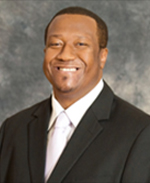 Nelson, who first was elected Varina District supervisor in 2011, is in his second term on Henrico’s board. He previously served as vice chairman in 2015.

A native of the Varina District, Nelson earned an associate degree from J. Sargeant Reynolds Community College, a bachelor’s degree from VCU and a master’s degree from Virginia Union. He is the pastor of Sixth Mount Zion Baptist Church.

Henrico’s Board of Supervisors regularly meets at 7 p.m. on the second and fourth Tuesday each month. Meetings typically are not scheduled for the fourth Tuesday in August and December.

Meetings are held in the Government Center Board Room, 4301 E. Parham Road, and are streamed live at henrico.us/supervisors. Archived video of meetings and additional information are available from the website.