Martin currently serves as an assistant superintendent of the 20-bed facility on Dixon Powers Drive, adjacent to the Henrico Juvenile and Domestic Relations District Court. He will succeed Michael D. Bingham, who died Feb. 25 after having served as superintendent since 2000. 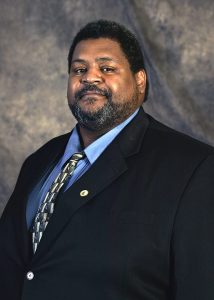 Martin joined the staff of the Juvenile Detention Home in 1997 as a child care supervisor, after having worked on a temporary basis as a child care worker. He holds a bachelor’s degree from the University of Richmond.

The Juvenile Detention Home, which opened in 1980, serves as a secure facility for Henrico youth who are awaiting court action in relation to a criminal offense or who have been ordered into custody. The facility, which provides education, recreation and other services, has 30 employees and a $2.25 million budget for fiscal year 2016-17. With 711 admissions, the home had an average daily population of 13 juveniles and average stays of seven days in fiscal 2015-16.