The Division of Police recently bought 33 2013 Ford Police Interceptor sedans to begin phasing out its fleet of Ford Crown Victorias.

Henrico Police expects to have 65 of the new cars by the end of 2012. The entire fleet of 300 marked vehicles could be replaced over about five years.

“It’s a very nice ride, smaller than the Vic,” said Sgt. William Brand, who is driving one of the new Fords. “I personally feel I have more control with the front-wheel drive, so I like this one a little better.” 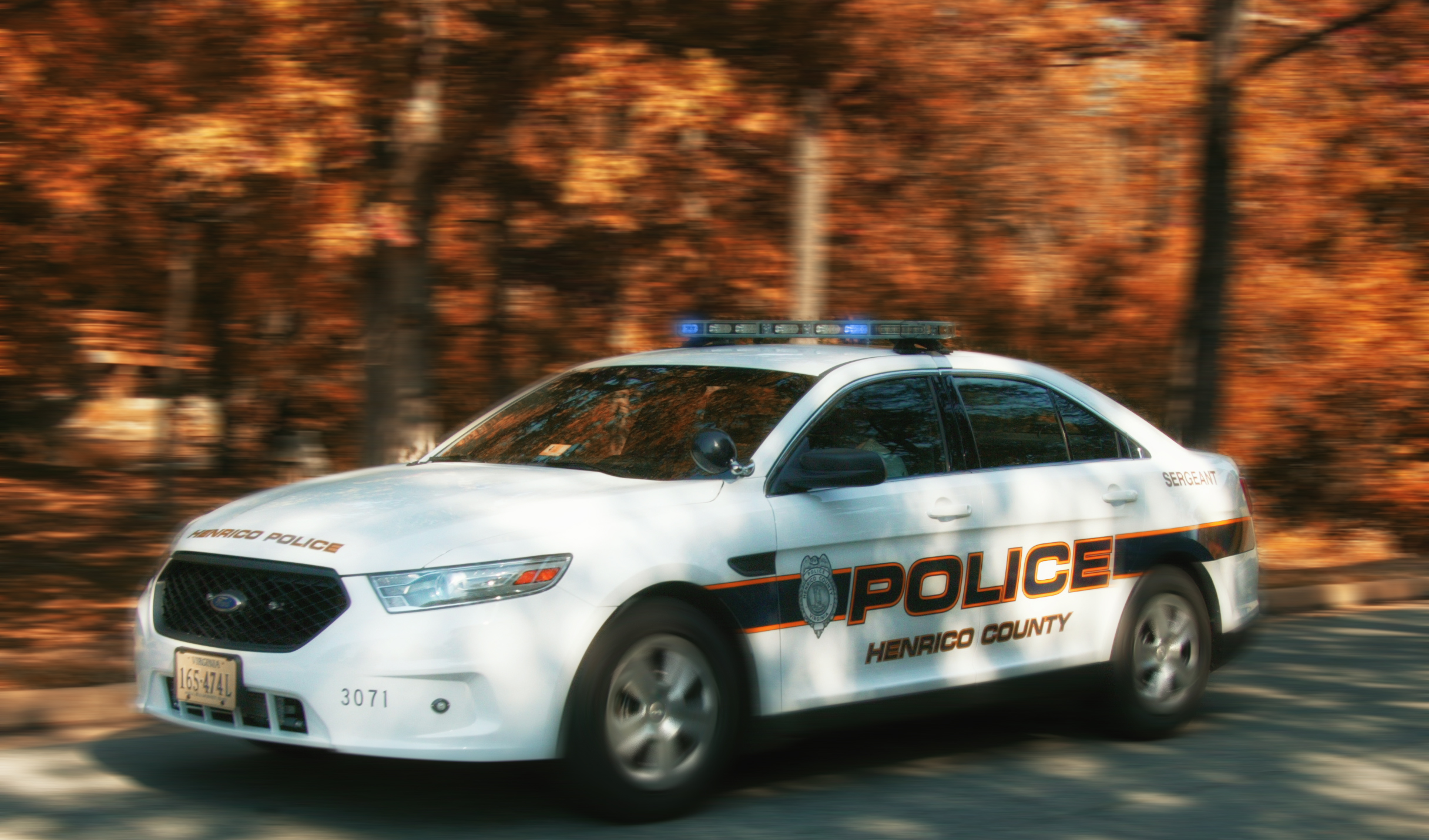 The Police Interceptor features a six-cylinder engine, which gives it better fuel economy than the Crown Victoria, which has an eight-cylinder engine.

The new car is designed for law enforcement with such safety features as side curtain airbags and a wide wheel base.

Henrico’s new police cars are easy to spot. They feature a large, redesigned decal that displays “POLICE” across the side doors.

For more on Henrico’s plans for the Ford Police Interceptor, see the fall issue of Henrico Today. The award-winning quarterly newspaper will be published in mid-November on Henrico County’s website and as an insert in the Richmond Times-Dispatch and Henrico Citizen. To review past issues, click here.