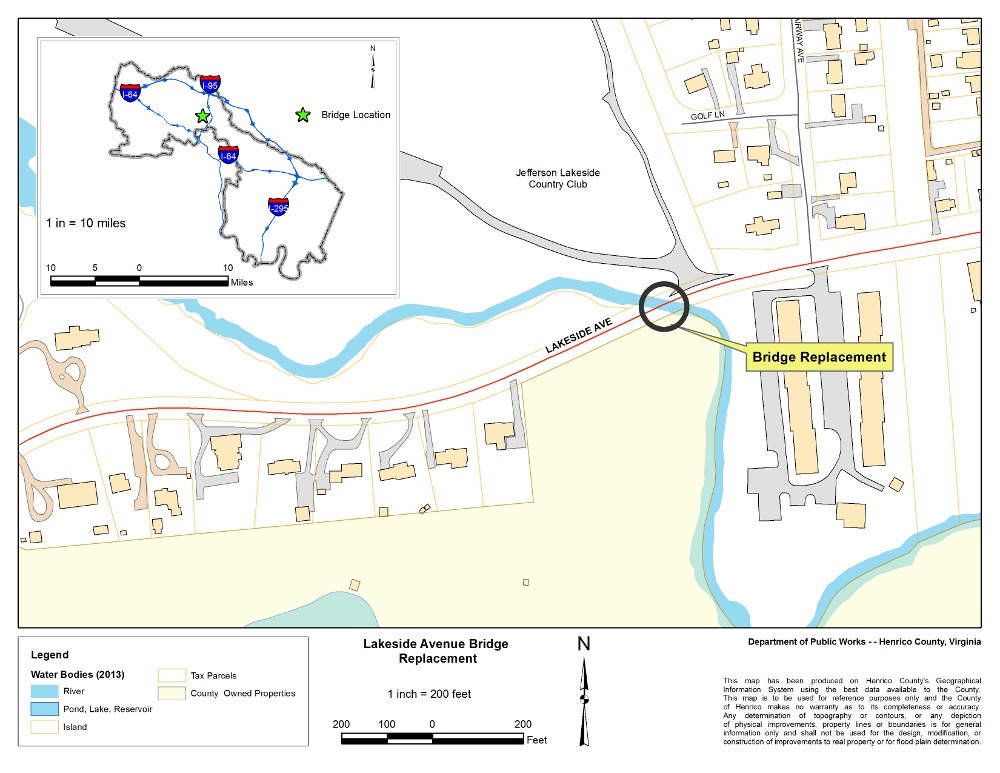 The County of Henrico will be removing the existing Lakeside Avenue bridge crossing over North Run Creek, located between Fairway Avenue and Club Road, and constructing a new bridge in the same location.  The following improvements will be constructed, including: