Please take our brief online survey on how Henrico County communicates with you.

The survey asks for your preferences on ways to receive information about programs and services. 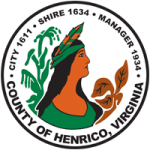 Visitors spent $963.5 million in Henrico County during 2018, the highest total of any locality in central Virginia and the fifth highest in Virginia, according to an annual study for the Virginia Tourism Corp. 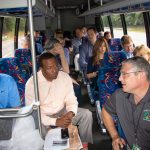 Update: On Aug. 13, the Board of Supervisors voted 5-0 to authorize the county manager to request detailed proposals for an indoor sports and convocation center. The six entities that submitted initial proposals will be invited to offer detailed proposals that would include a controllable site for the center and the county’s purchase price for the land.

Henrico officials recently toured an indoor sports and events venue in Rocky Mount, N.C. as the county prepares to sharpen its pursuit of a similar facility here.

Commemorate Lee’s 208th birthday by visiting his 1862 headquarters at Dabbs House Museum. Meet the General and his staff to learn a little more about the man and his relationship with those around him. House tours, reenactors, and children’s activities/crafts are provided. Information: (804) 652-3406 or  den63@henrico.us [...]Continue reading Life at Lee’s Headquarters

Posted on September 11, 2014.
County’s 5 percent increase outpaces other top destinations [...]Continue reading Tourist spending in Henrico climbs to $783.6 million
Posted on September 3, 2014.
Henrico County will commemorate the 150th anniversary of the Battle of New Market Heights — a battle significant for the role played by African-American soldiers serving in the U.S. Colored Troops — with reenactments and living history exhibits Sept. 27-28. Descendants of some of the soldiers will be recognized as part of the activities. The […] [...]Continue reading Henrico to mark historic Civil War battle with reenactments, activities Sept. 27-28
Posted on July 22, 2014.
Henrico County will welcome close to 1,500 top high school baseball players from around the country — as well as college coaches and a national webcast audience — when the Triple Crown U.S. Baseball Championships take place July 23-Aug. 2. This marks the fifth consecutive year Henrico and the metro region have hosted the Triple […] [...]Continue reading U.S. Baseball Championships to bring national webcast, thousands of visitors to Henrico and region
Posted on September 5, 2013.
September 5, 2013 CONTACT:Dawn Miller Tourism Supervisor Henrico County Division of Recreation and Parks PHONE: (804) 501-5137 Henrico attracts $746.5 million in tourist spending in 2012 County total grows 4.7 percent, ranks fifth highest in Virginia Henrico County captured $746.5 million in spending by domestic travelers during 2012, the fifth highest total of any Virginia […] [...]Continue reading Henrico attracts $746.5 million in tourist spending in 2012