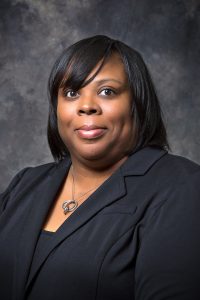 Johnson has worked for the program since 2000 and is currently a unit supervisor. She also has served as acting director following the recent resignation of Gary A. Hughes, the program’s director since 2016.

As director, Johnson will be responsible for coordinating a program of local probation, pretrial supervision and related services as a continuum of community-based sanctions and services. Community Corrections has an approved budget of $1.6 million and 22 employees in fiscal year 2018-19.

Johnson began her service in Henrico in 1998, when she was hired as an inmate classification officer in the Sheriff’s Office. She moved to Community Corrections two years later as a probation officer.

Johnson holds a Bachelor of Science in criminal justice from the University of Maryland Eastern Shore and a Master of Public Administration from Strayer University.