The Henrico County Board of Supervisors on Tuesday approved a plan of development for an indoor aquatics center that will be built and operated by the YMCA of Greater Richmond in partnership with the county.

With its 5-0 vote, the board gave final approval to the project, clearing the way for construction to begin in March. The one-story, nearly 21,000-square-foot Henrico Aquatics Center is expected to open in early 2020 on a 6-acre site southwest of North Laburnum Avenue and Watts Lane, by the Eastern Henrico Recreation Center. The board also revised the Eastern Henrico Recreation Center Master Plan to incorporate the aquatics center.

“When we opened the Eastern Henrico Recreation Center eight years ago, we dreamed of someday adding an indoor pool for swimming and family fun,” said Fairfield District Supervisor Frank J. Thornton, who represents the North Laburnum corridor. “I’m thrilled that we found a great partner in the YMCA of Greater Richmond to help us bring that vision to reality. The aquatics center will strengthen our community and help our youth grow in body, mind and spirit, because knowing how to swim and being comfortable in the water are critical to every person’s success in life.”

Officials with Henrico, the YMCA of Greater Richmond and Henrico County Public Schools announced the project in November. Since then, the Board of Supervisors and YMCA have finalized a development agreement and a 20-year lease, which allows use of the county-owned land.

As part of the arrangement, Henrico will contribute $8 million to the YMCA of Greater Richmond toward construction and other project costs. The nonprofit organization will build, manage and operate the facility, which will be open to the public through means-based memberships as well as daily rates.

The facility will feature an eight-lane, 25-yard pool and a warm-water instructional pool with zero-depth entry, a family spray area and a waterslide. In addition, the center will include family-friendly locker rooms, retractable spectator seating and parking.

The aquatics center will offer swimming lessons, host practices and meets for Henrico high school swim teams and be available for use by Henrico’s youth summer camps and community groups, such as the Henrico Police Athletic League.

In early 2018, the board identified a recreational pool as a priority for the community and asked county staff to identify potential partners. The area along Laburnum near Watts offered a county-owned site as well as complementary public facilities nearby. The Eastern Henrico Recreation Center opened in 2011, followed by the Henrico County Health Department East Clinic in 2014. A new Fairfield Area Library is under construction on a 10-acre site southeast of Laburnum and Watts, with an anticipated opening in October.

The YMCA of Greater Richmond currently has 17 locations throughout the region. The Henrico Aquatics Center will be located roughly 5 miles east of the Northside YMCA and about 9 miles northwest of the Chickahominy YMCA. 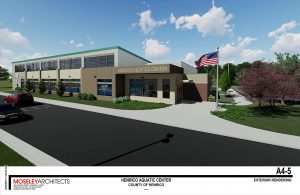 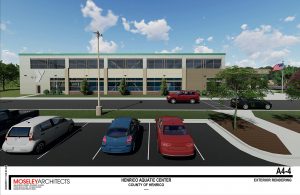 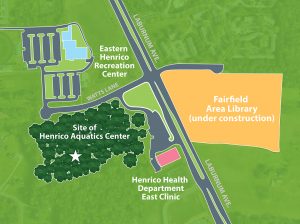