The Virginia Association of Counties (VACo) has named Brookland District Supervisor Harvey L. Hinson to its Economic Development and Planning Steering Committee for 2018.

Hinson is one of seven Henrico County officials, including the five members of the Board of Supervisors and two deputy county managers, currently serving on a VACo steering committee.

Henrico’s Board of Supervisors voted July 10 to appoint Hinson to the Brookland District seat. He will represent the district until a special election for the position is held in conjunction with the general election in November. He previously served as interim supervisor for Brookland from February to November 2017. A longtime Henrico employee, Hinson worked 46 years for the county — including 15 years as a deputy county manager — before retiring in 2007.

VACo committees review legislative requests from member counties, recommend an annual legislative program and provide policy guidance to VACo staff. The association represents local governments at the state and federal levels and provides a resource network for planning and implementing ideas and technologies. 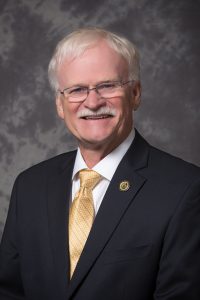