Henrico County is honoring the memory and service of longtime Brookland District Supervisor Richard W. Glover, who died Feb. 2 at his home in Glen Allen at the age of 82.

Mr. Glover had begun his 29th year of service as Brookland’s supervisor. He was the Board of Supervisors’ longest-serving active member and was selected unanimously by his colleagues last month to preside as chairman in 2017.

In appreciation for Mr. Glover’s service, County Manager John A. Vithoulkas ordered the Henrico flag to remain at half-staff at all county facilities through sunset Friday, Feb. 10.

“It is with a very heavy heart that I report to you the passing of Mr. Richard W. Glover, who served as the Brookland District Supervisor for 29 years,” Vithoulkas said this morning in an email to county employees. “Mr. Glover had a passion for our County, the Brookland District, all things planning and zoning, and youth athletics. He was driven by his faith and his commitment to his family. He demanded much from us, and we are all better public servants because of him.”

Mr. Glover’s passing came about two weeks after the death of longtime Supervisor David A. Kaechele, who served the Three Chopt District from 1980 through 2015.

“This has obviously been a difficult time for all of us,” Vithoulkas added, “but in the days and weeks ahead, please think of our recent losses and take the opportunity to do something good within our community. Do this from your heart — do it for Dick and Dave.” 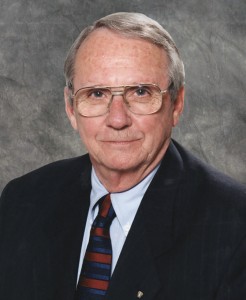 Mr. Glover was a native of Victoria and a veteran of the U.S. Navy who attended Virginia Commonwealth University and J. Sargeant Reynolds Community College. He joined the Board of Supervisors in January 1988 after having served on Henrico’s Planning Commission from 1984 to 1986.

He was recognized for his expansive knowledge of Henrico and attention to details of the county budget. Among the many projects he championed were the Cultural Arts Center at Glen Allen, the Glen Allen Stadium at RF&P Park and Greenwood Park, which is under development.

Mr. Glover’s résumé includes six appointments as chairman and four as vice chairman of Henrico’s board. He also held positions on many national, statewide and regional governmental organizations, including the National Association of Counties’ Community, Economic and Workforce Development Steering Committee, the Virginia Association of Counties’ Economic Development and Planning Steering Committee and the Richmond Regional Planning District Commission. He also served on the county’s Board of Social Services.