Noting that it was time to pass Henrico County’s reins to the “next generation of leaders,” County Manager Virgil R. Hazelett, P.E. announced at the July 24 Board of Supervisors meeting that he will retire on Jan. 16.

Hazelett’s two decades as county manager have seen the number of Henrico employees — general government and schools — grow from about 6,660 in 1992 to more than 10,400 in 2012. Over that period, Henrico’s annual budget has increased from $393 million to more than $1 billion. The county’s population expanded by nearly 40 percent, from about 225,000 to more than 310,000, during that time. 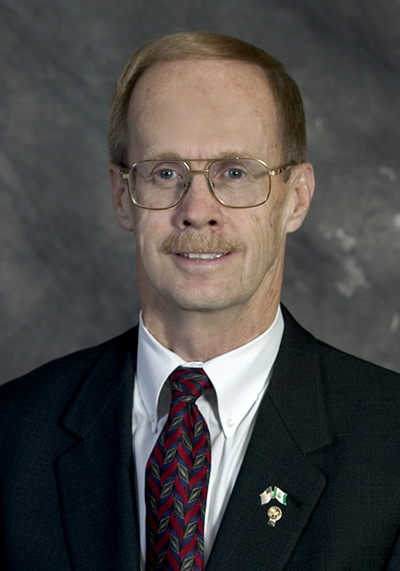 “I feel proud of what the Board of Supervisors, county staff and I have accomplished,” he said. “Henrico is truly a great place to live and work, and I believe we have made it better and stronger through these years.”

A Henrico employee for more than 40 years, Hazelett began his career in September 1972 as the county’s first traffic engineer. He advanced through the ranks of the Department of Public Works, also serving as assistant director and director, before being appointed deputy county manager for community development in December 1989. He subsequently worked as deputy county manager for administration and chief of staff prior to being tapped for the county’s top position.

“I love what I do, and I could go on longer,” he said. “But there comes a time when each of us must step aside and turn the efforts over to the next generation of leaders who can take Henrico County to new and different heights.”

Board of Supervisors Chairman and Brookland District Supervisor Richard W. Glover was a member of the Board that appointed Hazelett county manager. He accepted Hazelett’s retirement “with great sorrow,” he said.

“Henrico County is considered one of the best-run counties in the United States, and (Hazelett) is a big part of the reason why,” Glover said. “It’s really tough to receive this news, and I know that many Henrico citizens feel the same way I do.”

A key part of Hazelett’s legacy as county manager is a rigorous stewardship of county finances and taxpayer dollars. In the 2002 fiscal year the Board of Supervisors adopted a long-term financial plan that capped annual growth in general fund spending at 5 percent. Officials also practiced a conservative approach in estimating county revenues, regardless of economic conditions.

Adherence to this plan helped Henrico withstand unprecedented declines in real estate revenue and other impacts of the Great Recession without laying off employees, reducing services to residents or raising taxes. Throughout the economic crisis Henrico was able to maintain a real estate tax rate of 87 cents per $100 assessed value, the lowest rate among the large localities in the Richmond metropolitan region. County residents enjoy the lowest tax burden of Virginia’s 15 largest localities.

Henrico’s fiscal policies have enabled it to maintain a triple-AAA bond rating — the highest available for a governmental entity — throughout Hazelett’s administration. Henrico is one of only 35 counties nationwide to receive the top mark from each of the three international credit-rating agencies.

Hazelett’s tenure saw Henrico become self-sufficient in managing its water supply. The county hammered out a landmark water agreement with the city of Richmond in 1994, opened its own water reclamation facility in 2004 and launched the Cobbs Creek Reservoir project — which promises to satisfy the county’s water needs for at least 50 years — in 2010.

Significant economic development efforts during Hazelett’s administration included the opening of White Oak Technology Park and the relocation of the Philip Morris USA headquarters, among other Fortune 1000 companies, to Henrico. The retiring county manager played a key role in the Board of Supervisors’ establishment of community development authorities for the major retail projects at Short Pump Town Center, Reynolds Crossing and the Shops at White Oak Village.

Henrico’s growth over the last two decades has been facilitated by the completion of several county-led road projects, in particular the John Rolfe Parkway and the North Gayton Road extension.

Another milestone achievement under Hazelett’s leadership was the creation of Henrico, Va. as an official mailing address in October 2008. The address-change initiative is saving the county more than $5 million annually in tax revenues that previously had been misdirected to other localities.

Additional savings have come from the “Changing the Way Henrico Does Business” initiative. Launched in 2009 in response to the nationwide economic crisis, this effort led to streamlined, more-efficient operations in departments countywide, producing savings of more than $50 million without reducing services to county residents.

A climate of innovation among county employees also has marked Hazelett’s tenure. Over the last 20 years, county agencies have received more than 360 Achievement awards from the National Association of Counties for developing and implementing groundbreaking programs. To help nurture this creative climate and ensure its continuation, Hazelett pushed for the establishment of leadership development and succession management programs for county employees.