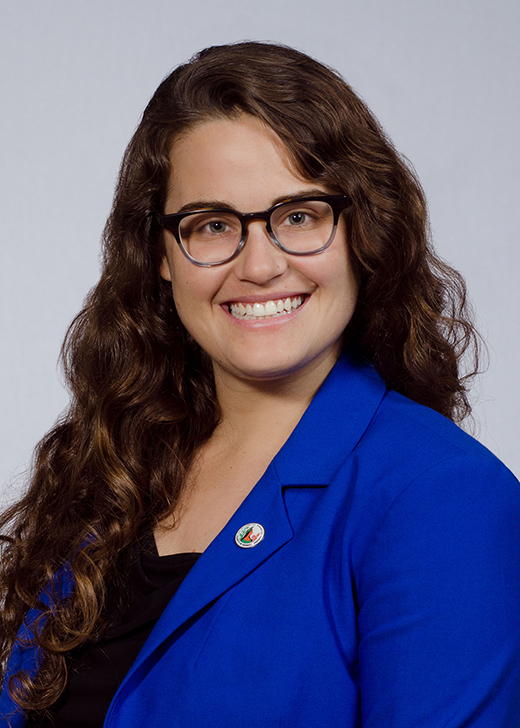 Mrs. Cari M. Tretina was appointed chief of staff in October 2019. Ultimately, she assists with the day-to-day management of the county’s operations. Mrs. Tretina works with the county manager on a range of special projects, including research and data analysis and long-term planning efforts, and she collaborates with the Board of Supervisors, department heads and other officials on issues impacting the interests and operations of the county. She currently oversees the Division of Recreation and Parks, the Department of Emergency Management and Safety, and the James River Juvenile Detention Facility.  Mrs. Tretina also serves as a liaison for the county administration with the public, elected officials, regional partners and other governmental agencies.

Mrs. Tretina’s service with Henrico began in the county’s internship program, which enabled her to gain experience with the Department of Finance in the summers of 2011 and 2012 and winter 2013. She became a full-time staff member of the county in May 2013, joining Finance as a budget analyst, and later worked as a management specialist in the County Manager’s Office. In April 2017, she joined Henrico’s Division of Fire as director of administration, a position she held until her appointment as chief of staff.

Mrs. Tretina earned her bachelor’s degree in political science and public relations from Eastern Kentucky University and received a graduate certificate in public management from Virginia Commonwealth University’s Wilder Graduate School. She also is a graduate of Leadership Metro Richmond, the Metro Richmond Public Safety Leadership Academy and the University of Virginia’s LEAD Program. Cari is a life-long resident of Henrico and is a proud product of J.R. Tucker High School. She lives in western Henrico with her wife and two boys, but you can usually find them enjoying the county’s natural beauty in eastern Henrico.