The Ziontown Community is located on Ridge Road at Fountain Lane, extending south and ending at River Road. It was founded by Henry Pryor who was born in 1825 in Albemarle, Virginia. Pryor, an enslaved man, was brought to Henrico County when he was willed to Elmsie Higginbotham of Ravenwood, a nearby plantation. In 1870, Pryor purchased five acres of land and named his settlement Ziontown, meaning Heavenly Place. The community prospered and thrived well into the 1960s and contained about fifty neatly built, well-painted houses with up to 275 residents. Pryor was appointed Postmaster of the Rio Vista Post Office from August 1882 to February 1886. He died in 1900 and is buried on the Higginbotham Farm. To his descendant family and residents, he is a celebrated hero, visionary, pioneer and leader. 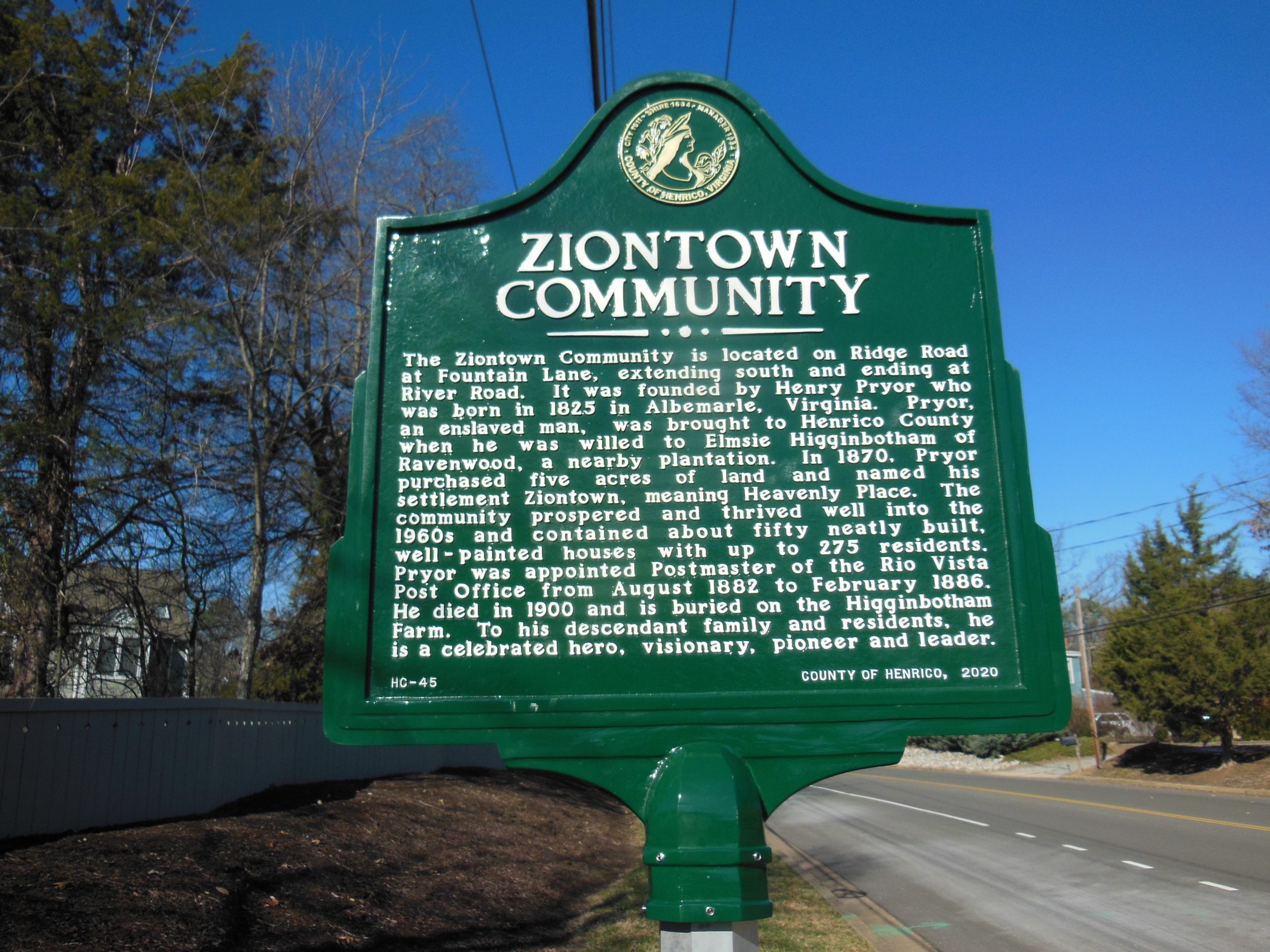