One of the oldest political subdivisions in Virginia, Henrico was the scene of the second settlement in the colony and was established in 1634 as one of the eight original shires or counties. Its first boundaries incorporated an area from which 10 Virginia counties were later formed in whole or in part, as well as the cities of Richmond, Charlottesville, and Colonial Heights. The county was named for Henry, Prince of Wales, the eldest son of King James I of England. 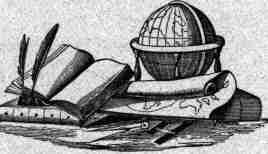 In the spring of 1607, a small band of adventurers led by Captain Christopher Newport left Jamestown on a voyage up Powhatan’s River, now called the James River. Newport’s company included Captain John Smith, George Percy, Esq., Captain Gabriel Archer, and about 20 others. The Virginia Company of London, a private organization chartered by the crown to settle Virginia, had authorized the exploration.

On the third day, they sailed to a place occupied by the Arrohattoc Indians, one of the tribes ruled by the Indian chief Powhatan. The explorers became the first Englishmen to set foot on the soil that was to become Henrico County.

Having been fed and entertained by the Indians, the adventurers departed the next morning. They explored the area, and Newport erected a cross, claiming the river and the country for God and England.