HENRICO (APA-45), originally Sea Darter, was launched 31 March 1943 under Maritime Commission contract by Ingalls Shipbuilding Co., Pascagoula, Mississippi, sponsored by Mrs. W. D. Pelan. She was acquired by the US Navy 23 June 1943, and commissioned the next day for transfer to her conversion yard, Bethlehem Steel Co., Hoboken, New Jersey. The ship was decommissioned 8 July 1943, converted into AP-90 and recommissioned 26 November 1943, Commander J. H. Willis in command.

HENRICO embarked her invasion troops 26 May at Portland, England, and sailed 5 June as a part of Rear Admiral Hall’s Omaha Beach Assault Force. On the following day, the world’s greatest amphibious invasion took place. HENRICO, named for one of Virginia’s oldest counties, carried troops of the 16th Regiment, 1st Infantry Division (“The Big Red One”). These troops assaulted the Easy Red Sector of Omaha Beach.

Landing to their right from another ship would be soldiers of the Virginia National Guard’s 116th Regiment, 29th Infantry Division (“The Blue and Gray”). These courageous troops were depicted in the opening battle scene of Steven Spielberg’s acclaimed 1998 motion picture Saving Private Ryan. Both units would suffer heavy casualities that day on “Bloody Omaha.” 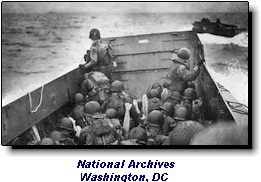 HENRICO landed her troops in the first assault wave in the face of heavy seas and strong enemy fortifications. HENRICO took enemy positions under fire, expending more than 380 rounds of ammunition from her two 5-inch guns and nearly 9,000 rounds from her 40mm guns.1

As the tempo of fighting increased, the ship received casualties from the beaches, returning to Portland later on D-Day. As the all-important assault area was secured and the advance began, HENRICO stood by for shuttle duty, finally sailing for the Firth of Clyde 19 June.

With the liberation of France underway, the transport sailed 4 July 1944 to the Mediterranean for the invasion of the southern coast of France. Arriving 16 July at Naples, HENRICO took part in amphibious rehearsals before departing 13 August from Castellamare for the invasion area. She landed her troops at Baie de Pompelonne against light opposition and departed the next day for Oran, Algeria. For the next two months she brought troops and cargo into the beach area and on her last shuttle, brought English and Polish repatriates to Naples.

HENRICO sailed from Naples 17 October 1944, arriving Boston in November to prepare for duty in the western Pacific. She departed Norfolk with troops and replacement boats 13 December, steaming via the Panama Canal and San Diego to Pearl Harbor, where she arrived 23 January 1945. Five days later she sailed for the Philippines, arriving Leyte 21 February after stops at various Pacific bases. In the Philippines, the ship engaged in amphibious exercises leading to the invasion of Okinawa, last operation on the long island road to Japan itself. 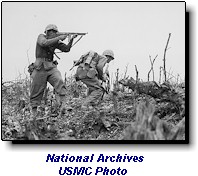 The veteran ship was assigned to the Kerama Retto attack group under Rear Admiral Riland, and began the landing 26 March. The important islands, needed as a base for the invasion of nearby Okinawa, were secured 30 March. HENRICO retired at night during the operation, and Japanese air attacks were nearly constant.

While retiring 2 April, the ship was attacked by a fast Yokosuka P1Y Ginga “FRANCIS” suicide bomber diving out of a cloud formation. Although HENRICO quickly brought guns to bear, the plane crashed into the starboard side of the bridge, with two 250-pound bombs exploding below deck.

The ship lost power but her well-trained fire parties soon brought the flames under control.

Forty nine officers and men were killed in this attack, including HENRICO’s captain, her embarked division commander, and the two troop commanders. Her executive officer took command, however, and brought the ship to Kerama Retto. She sailed under her own power for San Francisco 14 April and arrived 13 May, having contributed much to the decisive campaign in the Pacific. 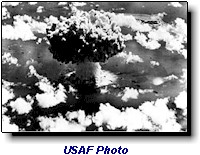 HENRICO sailed from San Fransisco Bay 1 September with replacement troops for the Philippines. She continued to serve the “Magic Carpet” fleet assigned to return the thousands of American soldiers from the Pacific, until May 1946. She sailed 25 May from Pearl Harbor to take part in the “Operation Crossroads” atomic bomb tests at Bikini Atoll.

For the next three months HENRICO supported these vital scientific experiments, returning to San Francisco 29 August 1946. After operations on the West Coast, she sailed 6 February 1947 for a cruise in the western Pacific, returning in July. From 6 July 1948 to 25 February 1949 the ship operated in the Tsingtao, China area in support of American troops. 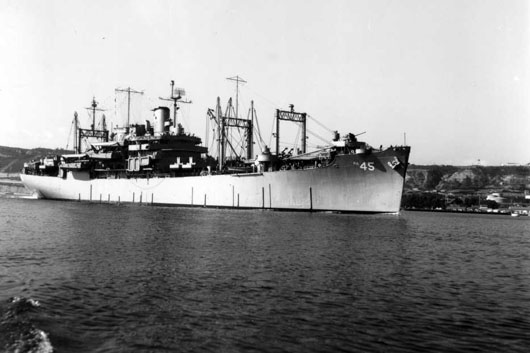 View of USS Henrico in the World War II era. From the US Naval Institute photo collection.