In the early 1930s, along with the greatest depression this nation ever experienced, came an equally unparalleled ecological disaster known as the Dust Bowl. Following a severe and sustained drought in the Great Plains, the region’s soil began to erode and blow away, creating huge black dust storms that blotted out the sun and swallowed the countryside. Thousands of “dust refugees” left the black fog to seek better lives.

But the storms stretched across the nation. They reached south to Texas and east to New York. Dust even sifted into the White House and onto the desk of President Franklin D. Roosevelt.

On Capitol Hill, while testifying about the erosion problem, soil scientist Hugh Hammond Bennett threw back the curtains to reveal a sky blackened by dust. Congress unanimously passed legislation declaring soil and water conservation a national policy and priority. Because nearly three-fourths of the continental United States is privately owned, Congress realized that only active, voluntary support from landowners would guarantee the success of conservation work on private land.

In 1937, President Roosevelt wrote the governors of all the states recommending legislation that would allow local landowners to form soil conservation districts. Brown Creek Soil & Water Conservation District in North Carolina was the first district established. The movement caught on across the country with district-enabling legislation passed in every state. Today, the country is blanketed with nearly 3,000 conservation districts.

Henricopolis is a political subdivision of state government responsible under state law for natural resource conservation.  We are one of 47 Soil and Water Conservation Districts in the Commonwealth of Virginia.  Henricopolis was established in 1975.  It’s boundaries are those of Henrico County. 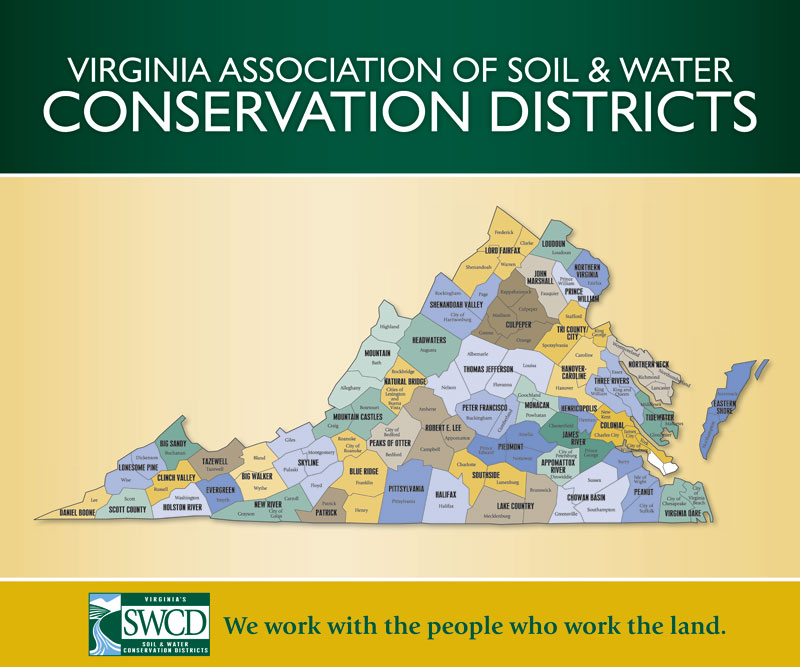