What is West Nile virus? 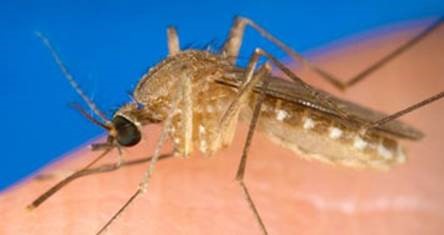 Who get WNV infections?

Anyone can become infected with WNV and suffer a severe illness, but persons older than 50 years of age are far more susceptible to illness and account for most of the serious illness cases. In areas where WNV has been detected, only a small proportion of mosquitoes are likely to be infected. Most people bitten by an infected mosquito do not become sick.

What are the symptoms of arboviral infections?

Recovery from severe disease may take several weeks or months. Some of the neurologic effects may be permanent. About 10 percent of people who develop neurologic infection due to West Nile virus will die.

How soon after exposure do symptoms occur?

Symptoms may occur 3 to 14 days after exposure to infective mosquitoes.

How are WNV infections spread?

WNV is mostly spread from birds to people by the bites of infected mosquitoes. Among the 57 species of mosquitoes that occur in Virginia, there are only five species that potentially transmit WNV. The most important species is the northern house mosquito, and based on extensive mosquito testing data, Asian tiger mosquitoes are also an important WNV vector. Northern house mosquito populations may sometimes develop infection rates of as high as 5%, but these mosquitoes primarily bite birds. Asian tiger mosquito populations typically have very low infection rates (less than 0.01%) but they frequently bite people. Migrating birds may carry WNV from one region to another, but people are unlikely to become infected with WNV from contact with infected birds. Transmission between people does not occur.

Does past infection with WNV make a person immune?

Yes, infection with WNV is thought to provide lasting immunity to the virus.

What is the treatment for a WNV infection?

There is no specific treatment available for WNV infections other than care and support of patients during severe illness.

How can WNV infections be prevented? 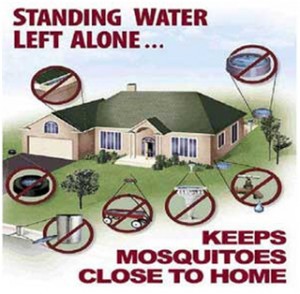 For more information about mosquitoes: http://www.vdh.virginia.gov/epidemiology/DEE/Vectorborne/mosquitofaq.htm

For more information about how to eliminate standing water:

How can I learn more about WNV?

If you are a provider, here is some guidance about specimen collection and when to test:
Arbovirus Specimen Collection Info
Arbovirus Testing Guidelines

You can also contact Henrico County about a particular question at these phone numbers.